I did game design and first playtesting as a Game Master.

Platform: Twitter
Game Master opens a closed account on twitter and invited twitterers. GM tells the story and gives quests to the participants.
Players complete each quest by taking and uploading photos on twitter. The pictures may taken from each player’s surrounding at the moment. GM can continue the story with those pictures. The story becomes collaborative, and twitter becomes theoretical spaces.
Someone can play as a spy with a secret twitter account. Themes can be variable from fantasy detective to political issue.

First Play test: 08 Oct. 11:00-12:30am(KST) / 4:00-5:30pm(DST)
Platform: Twitter / phone number (text message)
Players: 10 Korean twitter users
Play time: 1 hour
Storyline: Game Master is captured in a basement. To rescue him, participants upload pictures of clues that GM requests. Players need to prove they are in the same house as GM by providing photos of some objects. If players fail to prove it, they need to declare to give up the game, but they can keep watching the game and decide the winner at the end. The story becomes collaborative with different clues. Players can even make the clues and add additional stories.

*The following images are not from the play-test but the examples to present the initial game concept. 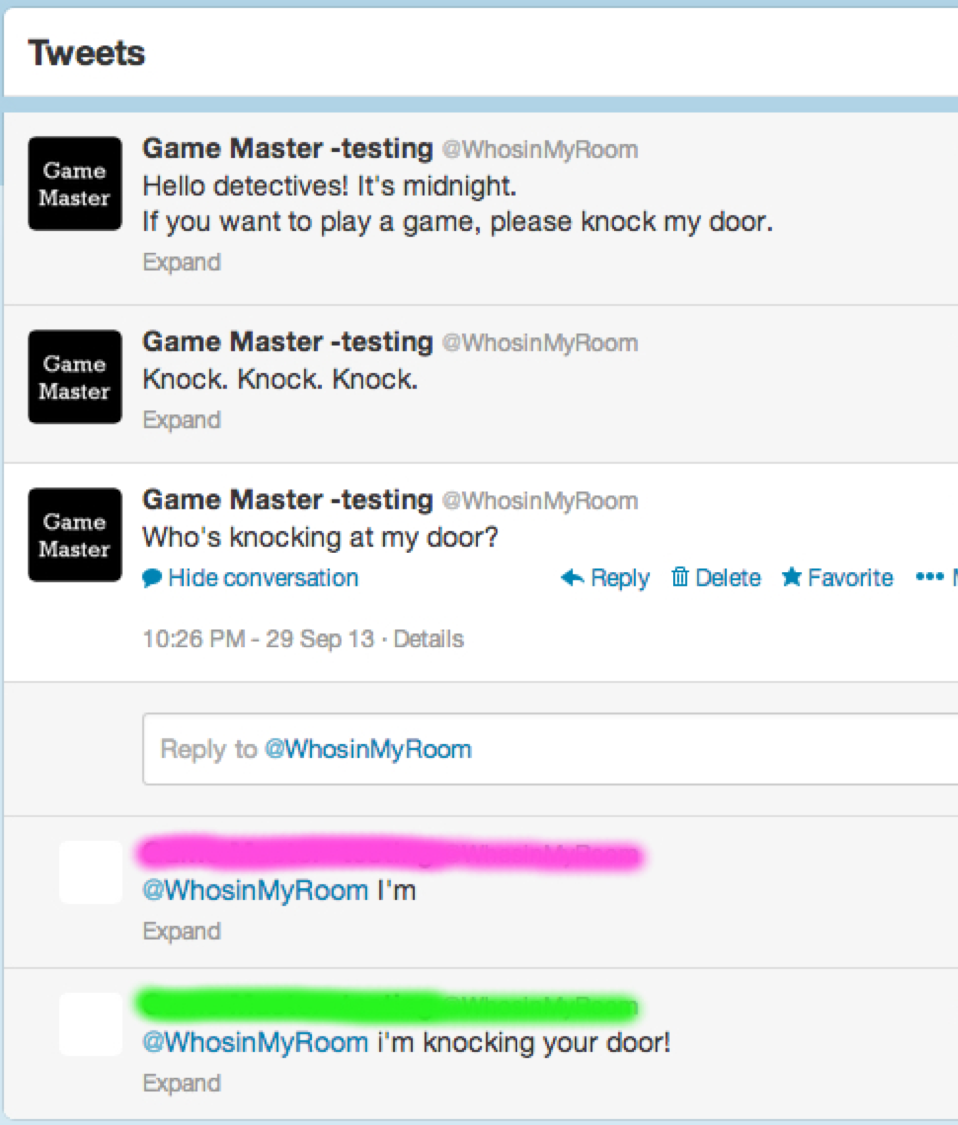 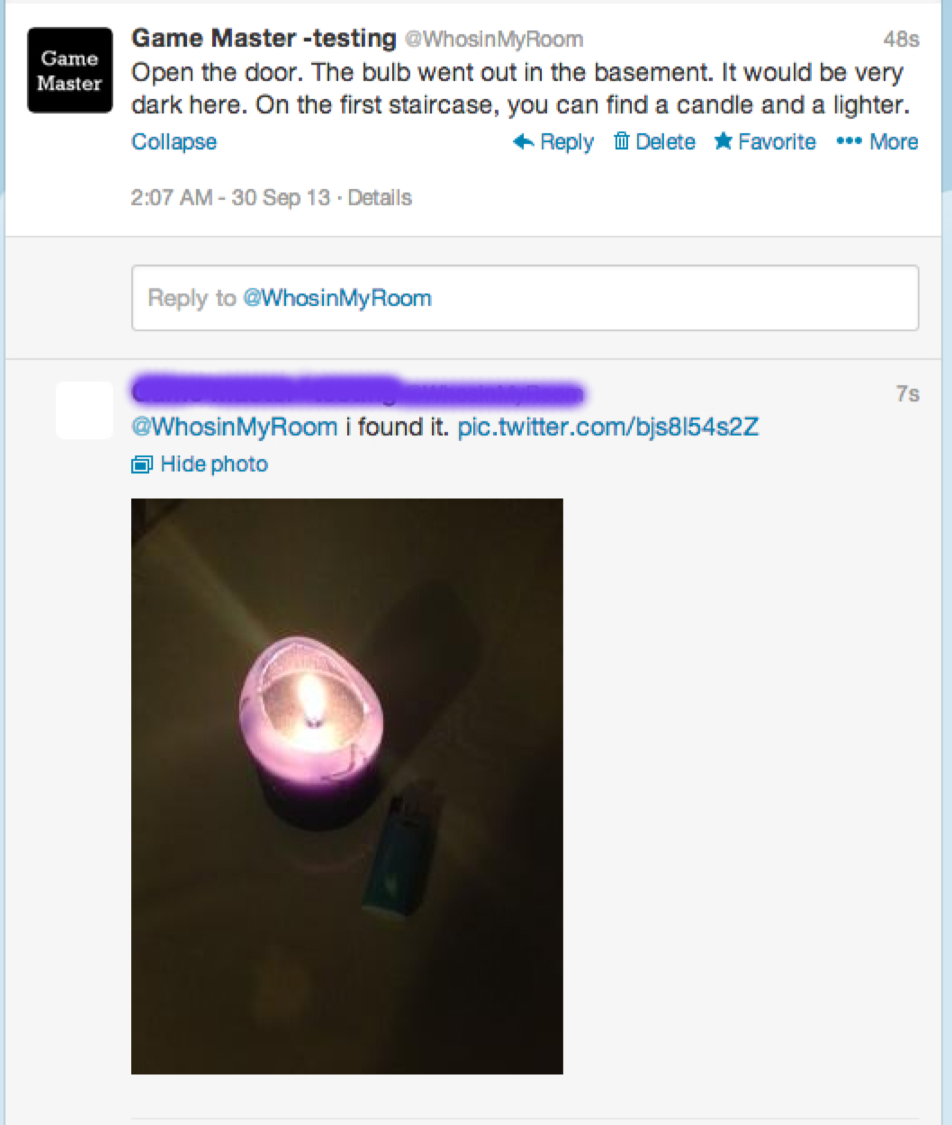 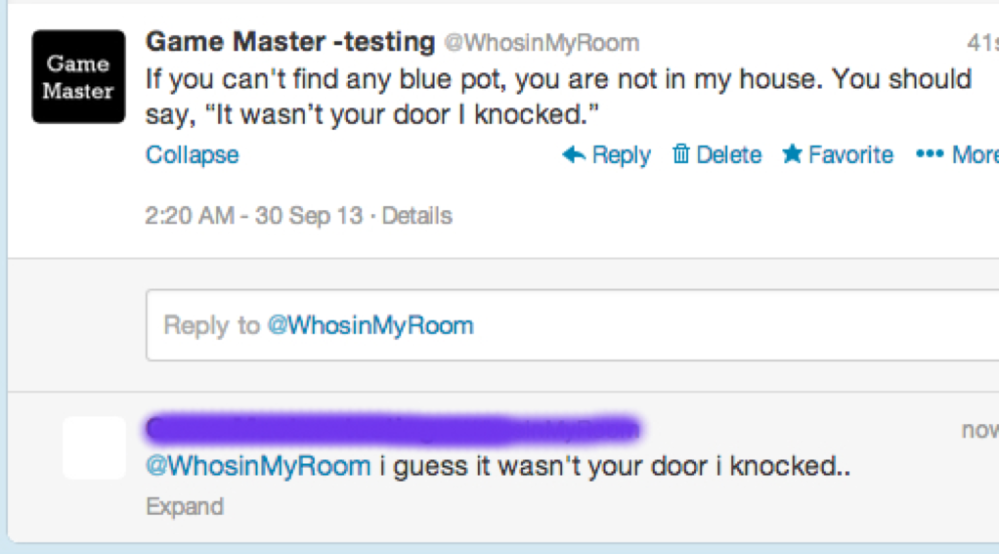